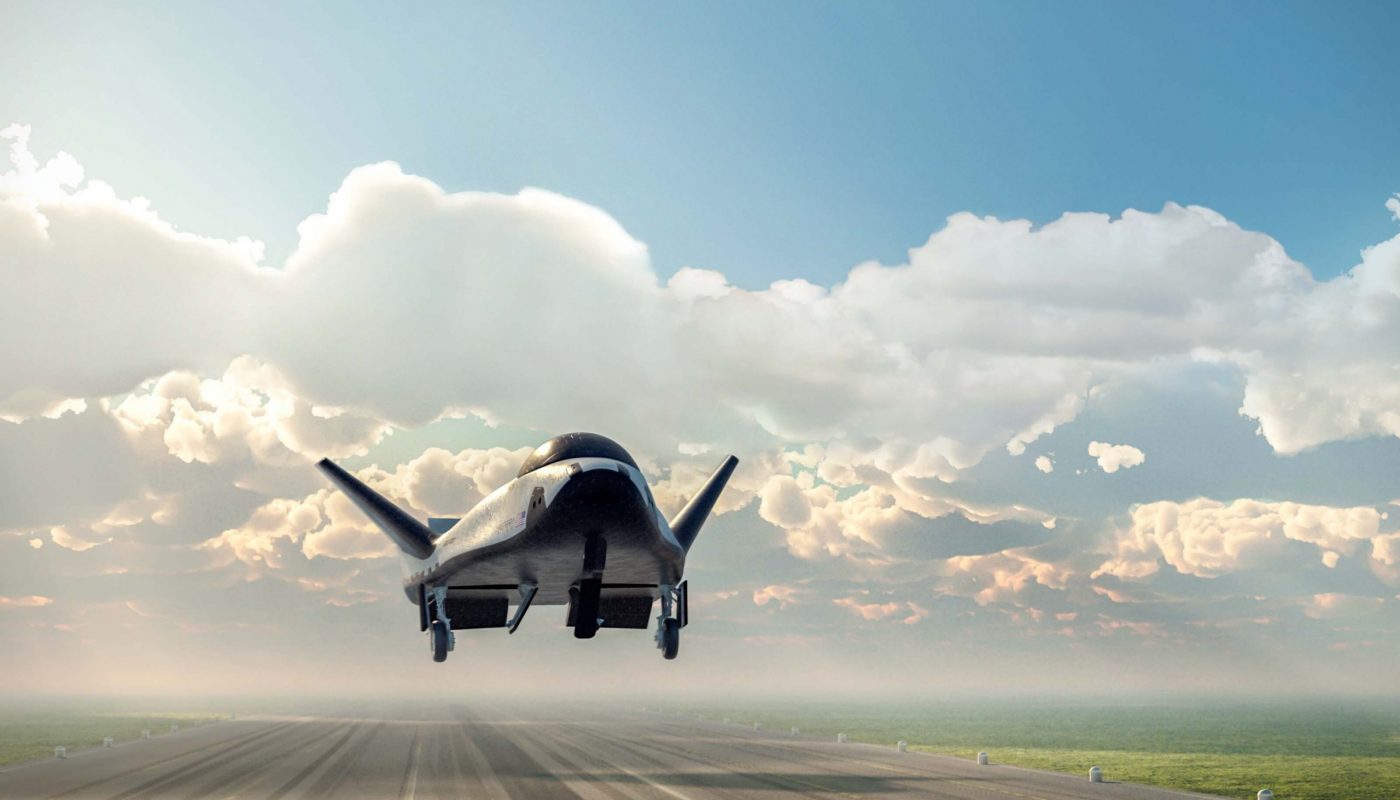 Thirty-fourth president of the United States and former five-star general Dwight D. Eisenhower once said, “You will not find it difficult to prove that battles, campaigns, and even wars have been won or lost primarily because of logistics.” Eisenhower was referring to the military, but the same logic applies to the private sector. Every day, the global economy engages in an intricate dance of logistics responsible for moving people and goods of every type from place to place, enabling prosperity, distributing vital food and medicine to reach those who need it, and creating the comfortable modern life we all enjoy.

Now, can you imagine how hard it would be for private companies and citizens to innovate and succeed if logistical options were narrowed down to a single road, or even a single size of truck available to carry products? This would never work in modern America, and it won’t in space, either. Sierra Space believes the future of space belongs to everyone, and that goal will only be made possible through the logistical flexibility provided by the Dream Chaser® spaceplane enabling private innovation.

Of course, it will take a long time for advances in the space sector to equal the American economy for the sheer amount of logistical cargo that moves around yearly. Using the measurement of ton-miles, calculating freight shipping based on the unit of one ton moving one mile, American trucks, trains, jets, and ships transported an astounding 5.56 trillion ton-miles in 2020.

On the other hand, once humans are regularly making the 225 million mile trip to Mars, space will quickly catch up in the ton-mile department! Before that can happen though, we must open space to everyone, not just select governments or elites. Just like logistics on Earth, this requires a great degree of flexibility, the type of versatility available today with the Dream Chaser spaceplane.

But first, expanding the mission of space to make traveling beyond Earth a viable option for the private sector requires evolving beyond purpose-built options and programs favored by government agencies and a handful of other organizations launching cargo and crew. Fulfilling the dream of a space environment where private companies send employees to live and work in low Earth orbit (LEO)—and consider it one of their most important R&D options—requires unparalleled capabilities that can only be delivered by the Dream Chaser.

This begins with launch options. The Dream Chaser spaceplane is compatible with a wide array of current launch vehicles as well as those in development for future deployment. In fact, Dream Chaser can launch to LEO atop any heavy launch vehicle from ULA’s Vulcan Centaur to Japan’s H3 to Europe’s Ariane 7. Also, by not limiting the spaceplane to a single rocket platform, Sierra Space ensures private sector clients will be able to consider multiple launch options concerning timing and location for their missions, just as they would with logistical partners back on Earth.

Naturally, once a private sector organization is in space, they are likely to want to stay there for a while, especially if they are engaging in cutting-edge research or production aboard the first “mixed-use business park” in space, Orbital Reef, a joint venture between principal partners Sierra Space and Blue Origin, scheduled to be operational by 2027. (Other teammates on the Orbital Reef team include Amazon Distribution & Fulfillment Solutions, Amazon Web Services, Arizona State University, Boeing, Genesis Engineering Solutions and Redwire Space.)

The Dream Chaser will play a critical role here, too. Dream Chaser is designed for high reusability and is the perfect vehicle to provide quick turnaround times between missions, producing a lower overall cost. The spaceplane’s 12,000-pound cargo capacity can also reliably supply a space station with life’s necessities like food, but also raw materials, scientific equipment, and other supplies critical to achieving the next major technological breakthrough. What’s more, the Shooting Star cargo module adds additional flexibility to Dream Chaser missions by significantly increasing its cargo storage capacity and crew workspace.

Just as important as how the Dream Chaser goes to space and what it carries is this question: How will it return to Earth? Dream Chaser really stands out from the crowd on how it comes home. The spaceplane can land on any compatible commercial-grade runway in the world, returning with a gentle 1.5G landing. As might be expected, gentle landings can mean the difference between success and failure for a delicate microgravity science experiment or production prototype. Accordingly, runway landings avoid the dangers and stresses other options can produce, making its usage paramount for tomorrow’s fruitful space innovations. (The use of capsules requires hard desert or water landings, which can be disastrous for delicate payloads.) Furthermore, recovery times are much shorter after the Dream Chaser lands. Precious (and intact) cargo can be unloaded in as little as 20 minutes!

Weighing in on the importance of these implications is none other than Buzz Aldrin, the legendary astronaut notable as the second human to walk on the moon. On this subject, the famed space explorer once said: “As someone who flew two space capsules and twice landed in the ocean, I can attest from personal experience how much logistics work is needed to get you home.”

Certainly, this emphasis on logistics was true during NASA’s pioneering missions. But it’s even more applicable now as we look towards the next great leap for humankind—space becoming an option for everyone. The mission of making such accessibility a viable reality is growing closer daily. But to really bring it on home for the private sector requires the logistical flexibility soon to be delivered by Sierra Space and the Dream Chaser spaceplane.